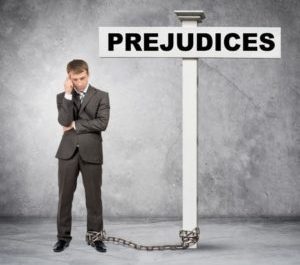 In this article, we'll be talking about two subjects: technology in Oklahoma City, and prejudice. What does one have to do with the other?

A lot, actually. Let us explain. While most references to prejudice are in response to concerns about social issues, in truth, prejudice is any opinion that isn't based on reason or actual experience. They are pre-existing biases that often don't make any sense. In a business context, older or more conservative employees may be prejudiced against new ways of doing things, and when it comes to technology, being opposed to the new is being opposed to the future.

It's true: sometimes investing in new technology is expensive. For businesses in Oklahoma City, dealing with extra costs likely isn't an attractive figure, and may be one reason why some decision-makers are furiously against upgrading hardware and software. However, most improvements made to tech nowadays are actually to make it less expensive.

The cost of a cloud phone system, for instance, is leagues below the price of a traditional office PBX solution. Speaking of the cloud, cloud storage and cloud desktops can save a lot of money in necessary upgrades and backing up data due to everything being done on secure, external servers. Now, upgrading your tech to something that does basically the same thing without any major benefits... that's a waste of money. But taking advantage of the latest advances in technology isn't.

Worse budgeting of your technology in Oklahoma City doesn't just hurt your bottom line, either. It hurts your overall budget. The more money you're spending on maintaining your old system, the less you're spending on other important areas, like marketing. Without a marketing budget, how can you draw in new customers?

And speaking of new customers, why would they come in, anyways? You aren't using the latest and greatest tech- you might not even be using anything recent. Why should they bother with a business that isn't using the latest technologies when competitors are on the cutting edge? Let's face it: if you were to choose between a Motorola flip phone from the early 2000's and a modern-day iOS/Android smartphone, which would you pick? The one that sort of does what you need it to do, or the one that fits the needs and expectations of the modern day?

Unfortunately, technology prejudice can go on for a long time and do a lot of damage if unchecked. Once the damage to your budget and your competitiveness is done, there's really only one thing left to go: your relevance. When the tech you're using is too old and the consumers are years or even a decade ahead of you, it's not just your tech that's obsolete: it's you. Failing to keep up with standards in any business means falling apart: failing to keep up with technology in an age that's dominated by it...

Fortunately, this issue can be fixed just like other forms of prejudice. Education! Teach your employees, or do your own research into the latest technologies. Look at the costs, benefits and downsides of the latest systems and applications. Consider your return on investment. Educate yourself and the people around you to get rid of prejudice.

A good place to start on that journey is to look around EMSCO Solutions' site to learn more about technology in Oklahoma City. If you're looking for an IT service provider with the latest and greatest, you can also give us a call for a consultation: 405-813-4455.